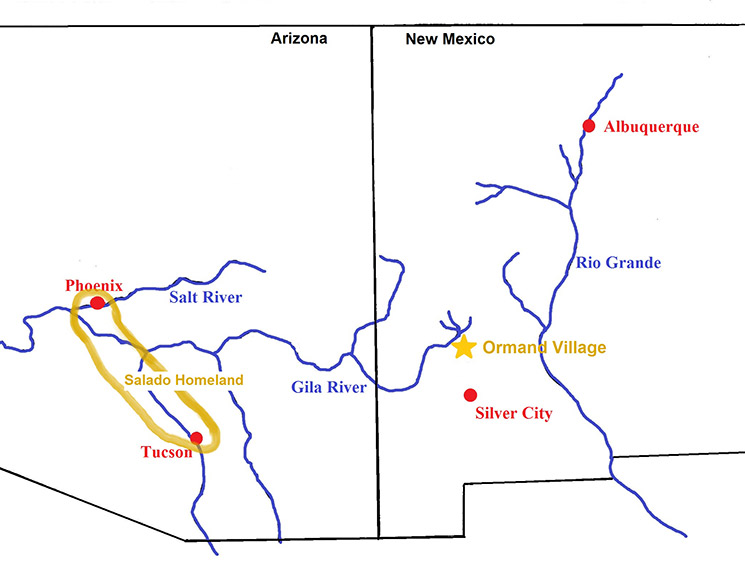 People lived at the Ormand Village site off and on for at least 1,000 years, and the last, most recent, occupation is called the Salado, which lasted from about AD 1300–1450.  Sites occupied by the Salado people are generally found in southeastern Arizona, and are rare this far north in New Mexico.

In 1998, archaeologists analyzed more than 23,000 pottery sherds and 83 vessels from the Ormand Village Salado occupation. Many characteristics of sherds and vessels were recorded and tabulated. This level of detail allowed the archaeologists to conclude that the Ormand Village Salado pottery indicated slow migrations of people to the east and north up the Gila River.

How do they know?

Soil in the ground contains rocks and minerals.  Ceramics (pottery) are made of clay which also contains rocks and minerals.  Scientists can compare the rocks and minerals in broken pieces of pottery, called sherds, with those found in clay from many different places. This is called petrographic analysis.  Archaeologists can then decide if pottery at an archaeological site was made using local clays.  While most of the Salado decorated pottery at Ormand Village was made from local clays, one sherd was made from clay obtained from the Tucson Basin area (see the Salado Homeland on the regional map). 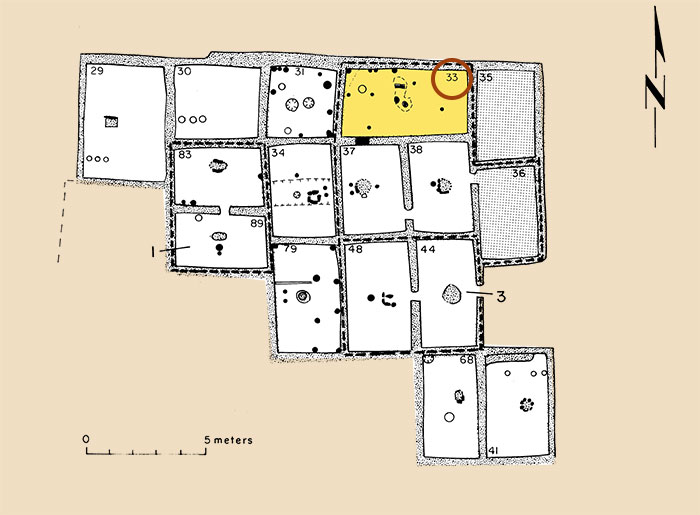 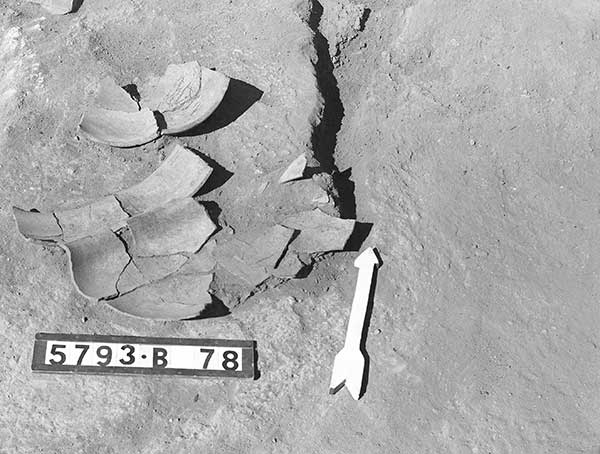 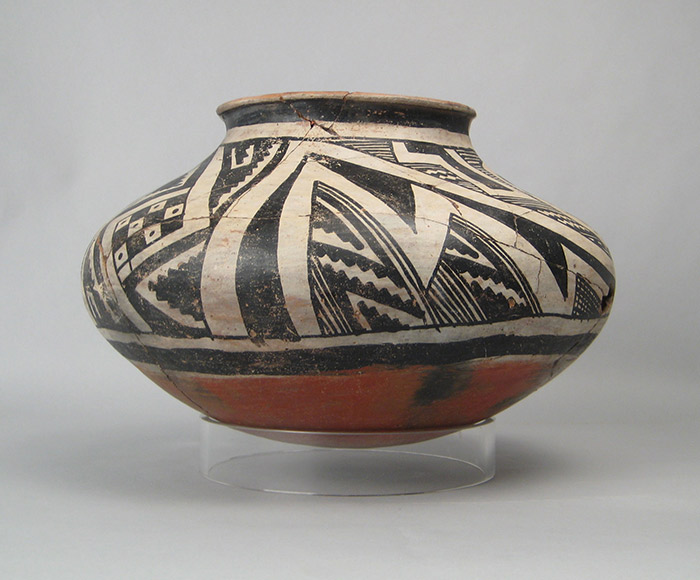 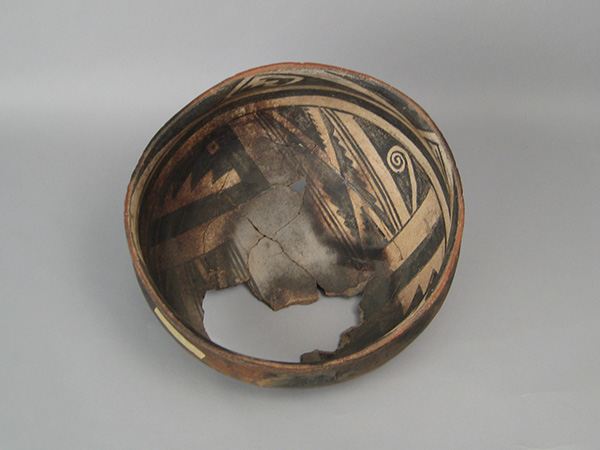 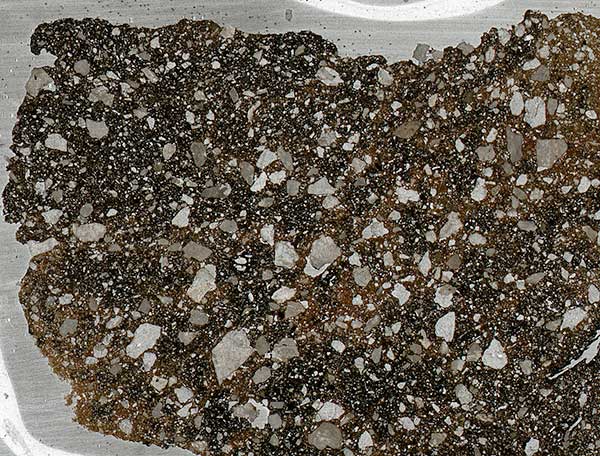 This type of analysis uses very thin slices of sherds. The thin slices are viewed under a special microscope.  This microscope reflects light that allows tiny pieces of rocks and minerals to be identified.  Tiny pieces of quartz and of a volcanic rock called basalt were common in the Salado pottery at Ormand Village, while the unusual sherd from the Tucson Basin had tiny bits of crushed granite. Tiny rocks and minerals may be seen in this example of a petrographic slide.